In the olden days, all pictures have a black and white filter. It wasn’t easy to even have a mobile phone on your own not to talk about the best camera apps.

But due to the technological enhancement or changes in this early 21st century, mobile phones are more common. They are one rugged device that makes it easier and faster to communicate with each other.

Smartphone cameras are essential on a mobile device these days since many will base on the camera strength in their purchase decision.

Due to this reason, mobile phone companies are all paying much attention to make their cameras more reliable, adding smart editing tools and exciting features, and work better in low light.

This article is going to talk about the introduction of the best third-party camera apps for android users.

Although every phone has its camera feature, one can still install any of these apps for more filters, picture quality, and other retouching effects, after installing all you have to do is open the camera app and then start doing magic.
Here are the best camera apps for android:

It is used for shooting and editing photos and videos. To enjoy this photo app, all you have to do is visit the Google play store, download and start using it.

Is Googles Official Camera App mostly found on google devices. Feature include; slow motion, a lens blur mode, video stabilization, photospheres, and more.
It is used for shooting and editing, or retouching photos and videos. It can be downloaded on Google Playstore.

Also on EmmarniTechs.com:  Top 4 Best Mobile Android Browsers To Use On Your Smartphone

Cymera is one of my favorite apps for editing, and it has many features, including beauty mode and many more.
This app is popularly used for streaming and editing pictures. Cymera app can download on Google Playstore.

When you want a camera app that is simple to use and comes with so many features, then VSCO is the one you should try.
The app comes with a variety of filters that you can use to change the mood of any picture.

Bacon Camera is a legitimate, decent camera App that boosts manual control, GIF support, panorama mode, and timed shot.
This app is used to boosts manual controls such as focus, white balance, exposure compensation, ISO, and more. It can be downloaded on Google Playstore.

Camera Mx is one of the oldest most popular camera apps. Varieties of shooting modes, including GIF mode.
It is used for shooting photos and videos. It is available on Google Playstore.

We have been talking about awesome cameras, but this particular camera is one of the best cameras in the market that we can’t mention.

The name of the app is SayCheese. We all have come across phone cameras that capture when you smile or say Cheese.
Well, I believe that is why the developers named it that way.

SayCheese is a remote camera app that lets you control someone’s camera.

Yes, you heard it right. SayCheese allows you to let someone take a pic of you while sitting at home. All you have to do is take a pose, the connected user call to see your camera, and then the person you have given access to can take the shot for you remotely.

This awesome app will be much needed when you go out with friends and decide to take a group picture.

Also on EmmarniTechs.com:  How To Report Someone On Telegram (2 Easy Ways)

Popular camera app. Features include; timer, external microphone support, HDR, exposure bracketing, and more.
It is used to enhance manual Camera Controls for shooting and editing photos and videosYou can canvdownload this app on Google Playstore.

Filmic Pro is one of the latest expensive camera apps. It has a white balance adjustment matrix, a dual slider for exposure, and a gamma curve control.
Filmic Pro enhances specific manual control and its use for shooting pictures and videos. It can be downloaded at Google Playstore.

The app comes with manual HDR and DRO photo modes. Also, it comes with extra cool features like face detecting, turning off camera sound.
The app is free, and if you want more extra features, you can buy the pro version.

A better camera app is used for shooting and editing photos and videos. Also, the app can be downloaded on Google Playstore and the Apple store.

ProCam X is one of the latest camera apps. The app comes with more professional-oriented features.
Such features include; burst mode, facial recognition, support for 4k video recording, and raw file support.
The app is mainly used for shooting quality pictures and videos. You can download ProCam X at Google Playstore.

Snap Camera is one of the popular camera apps. Features include; raw file support, fun shooting mode, 4k video recording, HDR file size option, and many more.
It enhances manual camera control for shooting and editing pictures and videos. You can download the app on Google Playstore.

Also on EmmarniTechs.com:  How To Know If You Have Been Blocked On WhatsApp By Someone

Camera FV-5 is one of the best cameras every photographer should be using.
It comes with a different variety of editing colors, exposure bracketing, and also it comes with a built-in intervalometer.

The app is priced at $3.95 because of the awesome features that come with it, plus it gets regular updates making you edit like a pro.

One thing you should note when using this app is that some phones can not handle this app correctly because of the features that come with it, so if you want to use this app, you first need to test it to see if it works correctly on your phone during the time refund is available.

A simple well-known camera app. It also functions just like the regular phone camera, but this app gives you room for minor changes.
It is used for shooting pictures and videos. This fantastic camera can download it on Google Playstore

The above listed are the few best camera apps you can use on an android phone. To be able to access these apps, make sure your android version is rated 7.0 and above.

Since you like these best apps for android, I will also recommend Adobe Lightroom and Photoshop.

Although It is technically not a camera app built-in, it is one of the best applications you can use for editing or retouching your photos of your beautiful scenes and memories.

Last but not least Inshot app is also one of a kind that works great when editing a video. Its features include; speed, bunch filters, background, volume extension, recording or inserting audio, and many more.

And when you are done with taking pictures and videos, we also have an article on the best mobile app to reduce the size of a video without looking its quality so you might also want to check it out. 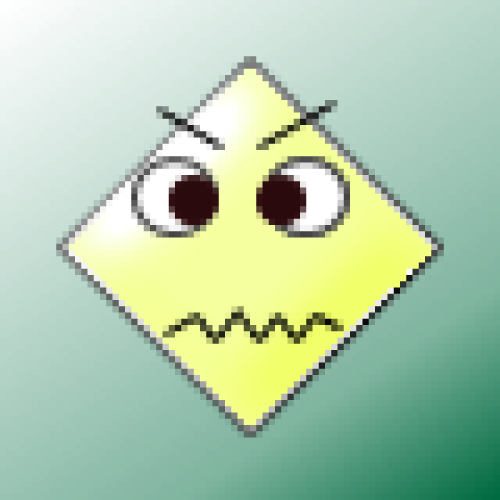 Bright Owusuhttps://emmarnitechs.com
Bright Owusu Koranteng is a student of Koforidua Technical University, an ambitious and hardworking guy who loves reading and blogging on Tech topics

What Do You Think? Cancel reply

Send Me New Article By Email

Get the Latest Tech trends, Tutorials, CryptoCurrency tutorials and many more straight in your inbox